Malik Khan has more than ten years of experience in venue technology, specializing in sports and entertainment signage deployments. Currently, Malik is responsible for spearheading the construction and/or enhancement of venue video display systems, control rooms, as well as the deployment of ANC’s operating systems.

Additionally, Malik leads the company’s initiatives into developing, partnering and deploying new technologies and services which compliment ANC’s software packages in an effort to enhance the consumer atmosphere for our partners.

After joining ANC in 2002 as a field technician, Malik played pivotal roles in many of the company’s first LED installation projects that included both ribbon systems and video screens, such as M&T Bank Stadium, Target Center and Quicken Loans Arena. He has also spearheaded the installations at some of the company’s highest profile projects, such as the construction of the new Nationals Park in Washington DC and the high-definition renovation of the Verizon Center.

Some of the additional projects which Malik has worked on include AT&T Park, Bridgestone Arena, Verizon Center, and Arizona State University 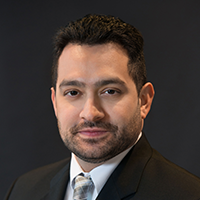