Michael Scalero is the Director of Learning Technology at Stevens Institute of Technology in Hoboken, New Jersey. He received his M.S. in Technology Management from Stevens in 2007 and has worked at Stevens since 2003. After being promoted to Director of Learning Technology in 2013, he started the first centralized classroom technology team working alongside his e-learning team at Stevens. In addition to audio-visual, Mike is also is in charge of all enterprise learning software across campus, including their learning management system Canvas, which is used by all courses and faculty at Stevens. Mike has recently completed a project to get all Stevens classrooms to an audio-visual technology standard and is currently working on the new Gateway Academic Center, set to open in Fall of 2019 equipping over 15 learning spaces with audio visual technology. 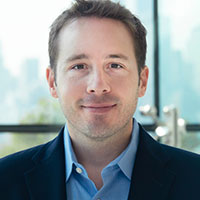